Shopping Cart
Your Cart is Empty
Quantity:
Subtotal
Taxes
Shipping
Total
There was an error with PayPalClick here to try again

Thank you for your business!You should be receiving an order confirmation from Paypal shortly.Exit Shopping Cart

We Are The Best We Can Be! 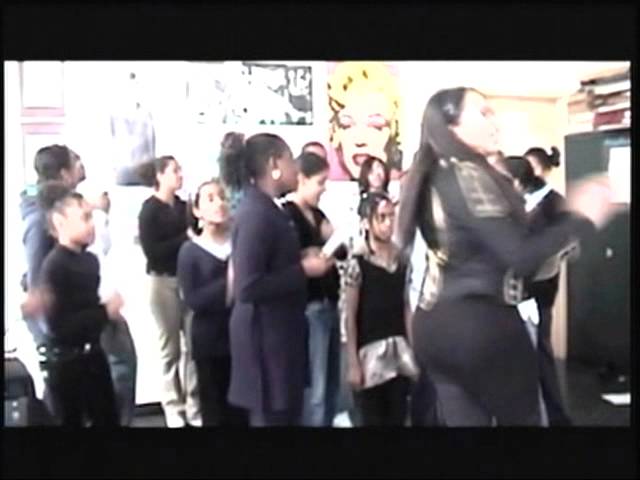 Achieve Your Dreams and Be Part of the Music Industry

Unlock your potential and further your career through Ranya World Music LLC in New York City. We are looking for talented individuals and teams seeking to make an impact and become known in the music industry. Aside from producing the freshest tunes and training new artists, we can connect you to a vast network throughout New York and the rest of the world.

Click this text to start editing. This block is great for showcasing a particular feature or aspect of your business. It could be a signature product, an image of your entire staff, an image or your physical location, etc. Double click the image to customize it.

Our mission is to provide high-quality music, art, financial advice, and education regarding those fields to any and all people interested.

Ranya World Music LLC is an all-around label founded by award-winning Tanyayette Willoughby, also known as Tanya Be. With several years of experience in the music industry, we have familiarized ourselves with the varying trends and target audiences, allowing us to stand out in the market. Rest assured that we are continually developing our company in order to provide even better services to our clients.

Tanyayette C. Willoughby, aka Tanya Be

Click this text to start editing. This block is a basic combination of a title and a paragraph. Use it to welcome visitors to your website, or explain a product or service without using an image. Try keeping the paragraph short and breaking off the text-only areas of your page to keep your website interesting to visitors.

Tanya is an accomplished actress, vocalist, violinist, pianist, organist, writer, and comedian. As a composer, she has earned several gold albums and Grammy nominations. She was also given Billboard DJ’s Favorite 12’’ (inches) Award as a lyricist for various artists, such as Luther Vandross  for "A Lover's Holiday" by "Change" (the #1 Hit that was also used in the video game "Grand Theft Auto IV)), and jazz drummer Lenny White.

Tanyayette C. Willoughby, aka Tanya Be

Tanya is also a writer. She has written, arranged, and produced seven songs for The Hunter College Production of Aristophanes (Thesmoporiazusae 2001) A Woman’s Festival. This is a musical-comedy adaptation from Dudley Fitts and translated by Dr. Laura Drake. It is important to note that each performance held at the Hunter College Lowe Theatre was sold out. The CDs were all sold out as well.

As a violinist, Tanya has worked with Bad Boy recording artist Black Rob. Meanwhile, her “clean” comedic skills won her awards as the Funniest Person From Manhattan at Stand-Up New York Comedy Club in 2001 and 2002. She also performed to packed crowds at the Black Spectrum Theatre in Queens, New York in 2003 and 2004.

Released in 2011, Tanya’s solo album is titled “Tanya Be Elz Ancillary Accessory.” Elz is a short hip-hop term she created for Elohim, which is the sacred name for God. Ancillary implies that she has been a helper to others who try to achieve their goal in the industry, and accessory is how she perceives “Elz” uses her to make things beautiful in the world.

Through this album, Tanya released 30 unheard-of songs in a double CD. These include music from each genre, celebrating the diverse global market as it exists today. Tanya also created a brand to describe all the different genres coming together in one project called “millennium soul,” which refers to all people, places, and things.

The album can be purchased on iTunes. Listeners can also hear most of the songs on a special band camp Thomas Handsome Mixtape (hosted by Tanya), CD Baby, and online stores worldwide.

The First Project is only the initial release of a three-part project. Tanya hopes that upon its completion, she would have 90 songs with worldwide circulation in collaboration with other artists and producers of all age groups and nationalities. This way, she’d be able to expand the “millennium soul” brand and ideology.

Tanya Be is a well-versed talent whose time as a solo artist has come. She knows that if she continues to strive and persevere, she will become nationally known and appreciated for her many gifts. She is currently working on an off-Broadway production, “Tanya Be’s Musical Movement,” which she hopes to perform on Broadway. This is artistic versatility at its best and a treasure she wants to share with the world!

For more information regarding Tanya Be, visit her Facebook or Superbizbee pages.

Just Once* (as “Ronnie Spector”)

This kind of talent is what Ranya World Music LLC shares with its clients. We always provide a personal touch that fits your individual needs, making you feel unique. 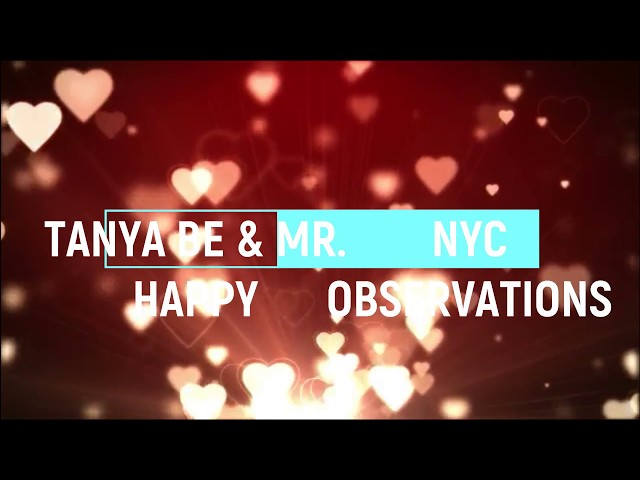 As an observer of New York City and all that it offers, Tanya creates interesting millennium art guided by her interviews and experiences. All the visuals come from her personal anecdotes as a musician, educator, New Yorker, and observer.

For example is the mixed image above. Tanya was on the train and met artists who created shoes similar to the one in the photo. This experience inspired her to add textures to her own mixed media image with a New York City Chinatown backdrop. Also included is a cartoonized photo of Tanya and Mr. Happy (also known as Matthew Silver).

You’re now looking at Tanya Be who always tries to be the best that she can be—an artist, an entrepreneur, and a believer in helping others. When she met Mr. Happy, happiness became her basic principle. Mr. Happy reminds us that if we can accept the things we can’t change and know the difference, we can be happy despite the circumstances.

Life and creativity is a gift no matter the brand or popularity of your message. If you can appreciate yourself, then you can also appreciate others.

One of the most shocking images Tanya has shared is her experience as a sexually abused young woman. The photo above explains the different ways people took advantage of her. She has decided to release this image to show women that if they can survive the worst of situations, they can still heal.

Tanya Be almost died back in January 2017. On her sickbed, she created “The Perfect Woman” piece depicting capillaries, veins, and arteries. At the top is a cross representing Golgotha, the place where Jesus was crucified. Meanwhile, the white ball signifies the head of a woman who is pregnant with the world.

Those who have seen the image also say that they can describe different things within it, such as a brain. However, this is a piece with many interpretations. After all, there is no perfect woman and most females are as complex as the image. How about you—what do you see?

While walking on 34th Street in New York City, Tanya met artists from Fountain House, a gallery of beautiful murals on the wall between 9th and 10th Avenue. Inspired by this, she created an image of those murals along with pictures she took along the way within the community.

Many Hats was created to show what it is like for Tanya Be to do all the things she does. The image includes a music advertisement, a CD cover, an actor symbol, a video game still from a prototype she created, and a picture of her teaching children as an art educator.

More than an artist, Tanya is a mother who raised five children single-handedly. Also part of the image is a sepia-toned photo of her with her four daughters. Her son was not included because it was supposed to go into a book called “Mothers and Daughters.” The book was never created but the image lives on in the collage.

See What We Offer